Jason Cole has covered or written about pro football since 1992 and has been a selector for the Pro Football Hall of Fame since 2013. He has worked for publications such as Bleacher Report, Yahoo! Sports, The Miami Herald, and the Fort Lauderdale Sun-Sentinel. Cole has authored Elway: a Relentless Life and co-authored six books, including Giant with Plaxico Burress, Heart for the Game with Simon Keith, and Ocho Cinco with Chad Johnson. Prior to covering the NFL, Cole covered the NBA, Major League Baseball, and high school sports in the San Francisco Bay Area. Cole teaches sports writing at the University of Florida and is the father of two Eagle Scouts. He is a graduate of Stanford University, which he attended at the same time as Elway. 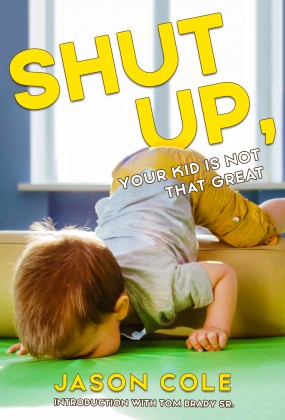 Shut Up, Your Kid Is Not That Great