JOHN MICHAEL GREER is the author of twenty-four books in the fields of alternative spirituality and future studies, including the award-winning The New Encyclopedia of the Occult; The Long Descent: A User’s Guide to the End of the Industrial Age (New Society, 2008); and Secrets of the Lost Symbol (Llewellyn, 2010), which has been translated into eight languages. He is also the author of a popular weekly blog on the future, The Archdruid Report. Born and raised in Washington State, he now lives in Cumberland, Maryland, an old red brick mill town in the Appalachians, with his wife Sara. 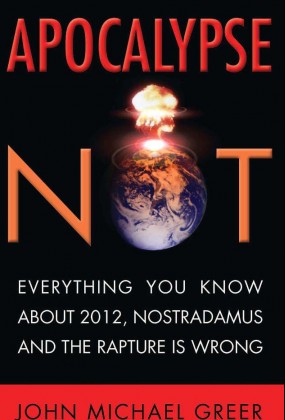 Apocalypse Not: Everything You Know About 2012, Nostradamus and the Rapture Is Wrong